Discover the Effects of Delta-8 THC

What are the effects of Delta-8 THC on your body and your mind? That’s a terrific question. Delta-8 THC is the latest craze across the nation, but it has been a known cannabinoid for decades. Once the 2018 Farm Bill passed, that opened the floodgates for the good stuff to roll through — such as our Delta-8 THC cartridges.

Being the fourth most researched cannabinoid in the world, we want to share with you the finer details of how it works in your body — particularly its relationship to the endocannabinoid system.

To fully understand the scope of Delta-8 THC’s effects, we need to take it back a bit. Cannabis has a long history with humanity, with its first use dating back thousands of years. Within the last half-century, though, we've been in the dark on how it truly works with the human body.

In fact, cannabis extracts have gained widespread use for their medicinal purposes in the past, up until 1937. Concerns about the "dangers of abuse" were conveniently lobbied by other industries that may have been threatened by the growth of hemp and marijuana, and this led to its outlaw.

Since then, it's had a dicey, rather turbulent history, with a resurgence of interest in the most recent decades for its medicinal properties. Cannabis research was two or three decades into its history and compilation of reviews when the endocannabinoid system was discovered in 1992.

The ECS is a complex, cell-signaling system that is responsible for balancing and regulating many processes in the body. It helps with vital bodily functions like our natural immune response, memory, communication between cells, appetite, metabolism, and much more. Overall, it works to help the body achieve homeostasis. 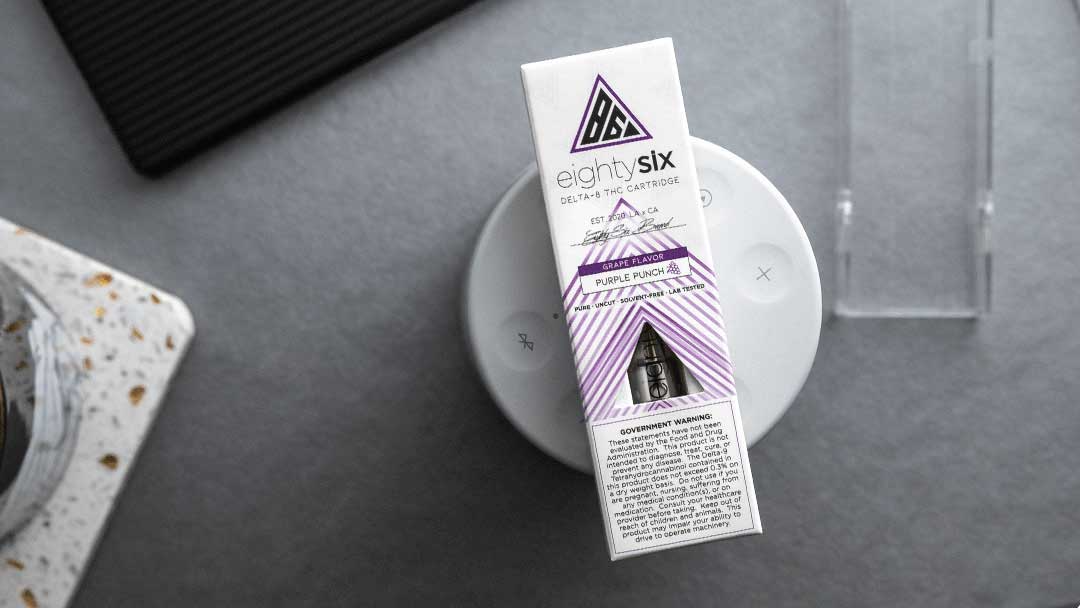 How Does Delta-8 Interact with Us?

The endocannabinoids we naturally produce are what helps the ECS perform its base function of helping and regulating other bodily systems. CBD, THC (both the Delta-8 and Delta-9 varieties), and more than 60 other cannabinoids can interact with our endocannabinoid system in various ways. A few of Delta-8 THC’s effects include:

Remember, everyone is different, so cannabinoids vary in effectiveness depending on your circumstances. Occasionally, users of Delta-9 THC products report negative side effects such as paranoia, sweating, anxiety, and even nausea. Delta-8 THC’s effects may be a suitable option instead.

The Differences Between Delta-8 and Delta-9

Regardless of the type, THC can interact with the receptors in your body known as cannabinoid receptors, or CB receptors. While CB2 receptors are found most abundantly within the immune and digestive systems, the CB1 receptors are primarily in the brain and central nervous system.

THC appears to have a stronger bond with the CB1 receptors versus other cannabinoids. Delta-8 THC bonds less successfully with the brain's CB receptors, causing a less intense high than Delta-9 THC.

It's also worth noting that Delta-8 THC may have more of an affinity for the CB2 receptors than Delta-9 THC. There is, however, a lack of research on the topic to be able to explore this further.

How Should Delta-8 Make You Feel?

Our users, both first-timers and regulars alike, report similar results: no anxiety or paranoia, and a smooth, gentle high. They often report feeling focused or driven to tackle tasks, rather than stuck in the couch potato situation commonly associated with traditional weed.

While this is all speculative and based on anecdotal experiences, the gist seems to be that Delta-8 products are for those who desire a more energizing high.

To wrap up, Delta-8 THC’s effects are a result of interactions with the endocannabinoid system — especially the CB1 receptors in the brain and central nervous system. However, Delta-8 doesn’t bind as strongly to these receptors as Delta-9 THC does.

We hope we were able to demonstrate to you the importance of the endocannabinoid system and how it works with outside compounds. Unlike other systems in the body, the ECS helps regulate and maintain most other bodily functions, running purely on endocannabinoids while it does it.

Harness this system through Delta-8 THC to help stimulate enjoyable benefits. Have you tried Delta-8 THC yet?