Delta 8 vs. CBD: Everything You Need to Know

Delta 8 vs. CBD: Everything You Need to Know

Among the diverse range of cannabis products on the market, Delta-8 and CBD seem to be the most common. You may know that they’re both derived from hemp. In fact, you may even know that they’re both cannabinoids. But, today, we’re going to take a closer look at what sets these two compounds apart. How is Delta-8 different from CBD? What do they share in common? Let’s dive into everything you need to know about Delta-8 THC vs. CBD.

What is Delta-8 THC?

We’ve already discussed what Delta-8 THC is at length in past blogs, so be sure to read up on those if you haven’t already. Right now, we’re here to focus on the differences between Delta-8 THC vs. CBD, with a little bit of Delta-9 THC thrown in for flavor!

Some people don’t smoke because the potency of Delta-9 THC leaves them feeling paranoid or anxious instead of giving them the chill they expect. With Delta-8, the high is much more invigorating — you’ll feel a mellow chill wash over you without locking you to your couch. This form of THC is the fourth most-researched cannabinoid on the planet. However, it seems like America is one of the only countries that’s caught up in recent years. Even then, the everyday American may not be familiar with Delta-8 THC!

Delta-8 THC is technically a minor cannabinoid because it occurs in such a small percentage of the cannabis plant. There may be some exceptions, but typically, Delta-8 is extracted through a mass quantity of hemp. The low abundance of Delta-8 in hemp may be part of the reason the USDA failed to mention it when clarifying their rules in the 2018 Farm Bill.

Despite the low quantity of Delta-8 in hemp, enough hemp plants broken down into their individual parts can create a high enough concentration to get a user high. We use these high-concentration extracts to create high-quality Delta-8 products that stimulate the senses and leave you feeling elevated.

The most commonly reported effect, though, is the light high users get from Delta-8 THC. While it doesn’t compare to a traditional Delta-9 high, many users report that the lesser potency allows them to feel focused and energized. Instead of wanting to take a nap or stay glued to the couch, you stay fully in control. A high without the brain fog — sounds like a win to us!

On the other end of the hemp spectrum, CBD (cannabidiol) is one of the 400+ compounds found within the cannabis plant family. It is also one of 60+ phytocannabinoids, among the ranks of Delta-9 THC and lesser-known cannabinoids like Delta-8, Delta-10, and others. CBD is derived from hemp, typically, meaning that products on the market contain less than 0.3% of Delta-9 THC and are effectively non-intoxicating.

Unlike Delta-9 THC, which is the most abundant psychoactive cannabinoid, CBD cannot get you high, though it may possess a range of beneficial properties otherwise. People report using CBD to help them sleep better, reduce stress, ease inflammation, or simply boost their overall wellness.

Since CBD became legal through the 2018 Farm Bill, it’s gained quite the following! In fact, as of a 2019 Gallup Poll, over 1 in 7 Americans use CBD for various reasons — a whopping 14% of the adult population. As of 2020, a SingleCare survey found that as many as 33% of Americans had used CBD products in the past, so it’s clear that there’s been a rapid increase even in a short amount of time. 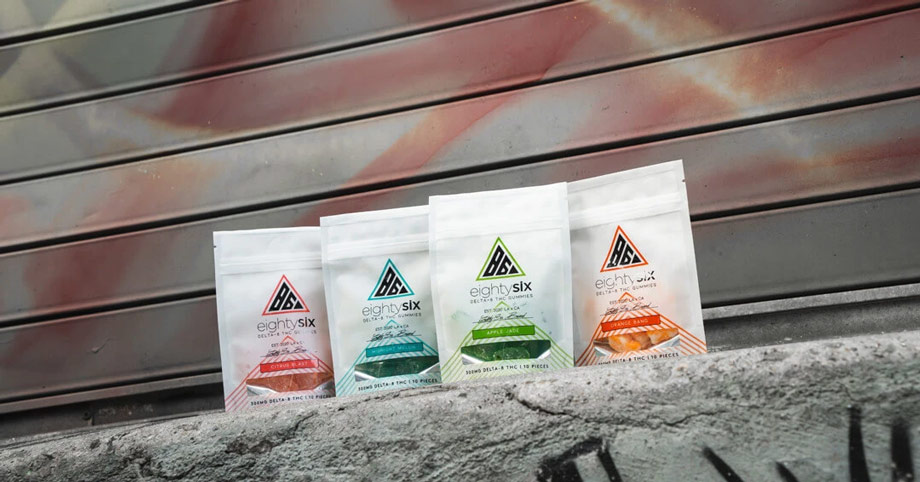 There are plenty of differences and similarities between these two cannabinoids, so let’s take a closer look at their properties.

Delta-8 THC vs. CBD: The Effects

As a psychoactive cannabinoid, Delta-8 THC can produce “stoned” effects for users. CBD, on the other hand, is meant to stimulate relaxation in a different way — similar to other non-intoxicating compounds such as melatonin or lavender.

CBD doesn’t cause a high and requires a much more consistent, robust routine before any of its benefits are felt long-term. You can get from Delta-8 THC the first time you use it, and as such will feel many of its benefits early on; but with CBD, it can take at least four weeks of incorporating the compound into your daily routine before you’ll notice any differences.

Interacting with our Endocannabinoid System

Because they connect to the same receptors in the brain, these two cannabinoids have a lot in common. Their potential benefits are fairly similar, though they do have several big differences — the main one, as we’ve touched on before, being that one gets you high while the other does not.

In comparing Delta-8 THC vs. CBD, we know that they connect to the same receptors, but in different ways. For example, Delta-8 THC binds to the CB1 receptors in our bodies, but not as well as Delta-9 THC does. This is what causes the less intense high. CBD, on the other hand, interacts with the CB1 receptors but doesn’t bind with them completely, causing a lack of intoxication during use.

Research Time Spent on Each Cannabinoid

Overall, researchers and scientists have definitely spent more time exploring the science behind CBD. This leaves us with more information on the cannabinoid overall, including how our bodies can handle it, how CBD is derived from hemp, and everything in between.

While we understand a lot about the Delta-8 compound, it’s still relatively new to the cannabis scene, due to a lack of access and research. On the bright side, we feel confident that clinical trials and studies will continue to shine a positive light on the minor cannabinoid.

To sum things up, let’s take a look at some Delta-8 THC vs. CBD facts to compare and contrast the two compounds. 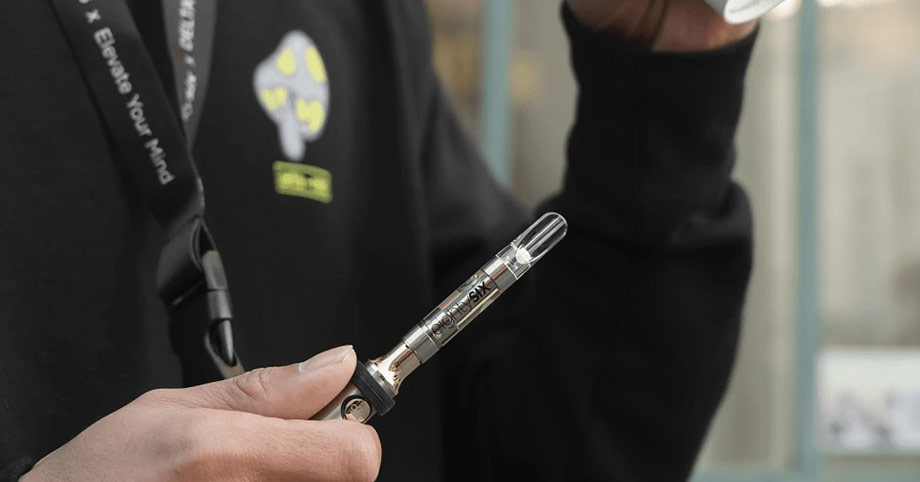 How to Choose Between the Two Really, when trying to choose between Delta-8 THC and CBD, it comes down to your personal preference. Try CBD, try Delta-8 THC, or try a combination of the two. You’ll be able to see which really fits your lifestyle and everyday needs the best. Everyone has their own reasons for trying any hemp-derived product. It may take time and some experimenting before you find the one that’s right for you. Fortunately, Eighty Six has a wide variety of Delta-8 THC vape cartridges, edibles, and more to help you start that exploration today.

Tips for Making the Switch to Delta-8

So, you’ve compared Delta-8 THC vs. CBD and decided to try Delta-8. Great! We have some awesome tips to help you get started:

Regardless of the product you’re using, it’s best to start low and slow with the dosage. Go for the smallest possible serving size recommended by the brand and work your way up from there. This should be done gradually, however, over the course of a few weeks or even a few months.

There is a wide range of brands to choose from nowadays, but there are only so many brands you can trust.  Go with the facts and stick with brands who can back up their products with certified, third-party lab tests. Certificates of Analysis (COAs) for every batch of products is a MUST for your go-to company. Don’t settle for anything less!

Once you’ve settled on your preferred brand, find the Delta-8 THC product that resonates with you the most. Personally, we offer a variety of flavored Delta-8 vape cartridges, disposable vape pens, gummies, and more! It’s our goal to put the choice entirely in your hands. That’s why we ensure every flavor is unique, so you can enjoy anything and everything you may crave!

Now that you know everything you need to know about Delta-8 THC vs. CBD, it’s time to start your journey. Have more questions? Check out our blog or get in touch with us to learn more. We’re always happy to help!